A large muscle bound man leaps out at us from behind a tree with a radio in his hand. He surprises us and is mildly aggressive. “No walking on the roads. No walking – anywhere. Go back.”

Us: “Oh – hi! Ah – we want to go snorkelling in Endeavour Bay and visit the bird sanctuary.”

Him: “You can only travel by taxi. No walking.”

There ARE no taxis to book. But we don’t argue and stomp back, grumbling, to talk to the man who manages the mooring. He rolls his eyes at us and says “Did you read the leaflet I gave you?” We had. There was nothing about not walking just not to take ‘photos of the residents’.

And then he explains.

“Mick (Mick Jagger) is at home and over 100 other celebs are here for their two week Christmas holiday. You can walk to the end of Lovell Village to the left and along the bay to right. Everywhere else on the island is out of bounds. Since Mick found someone in his bedroom four years ago security has been tightened and all our special guests are protected across the island.”

The WHOLE of Mustique was on security lock down for Christmas!

– men in security t- shirts with radios were stationed at no go zones, paths through the mangrove swamps or at the bottom of hills

– if we wanted to eat at the two main restaurants (The Firefly or The Cotton House) we needed to pre-book, have a security check, be collected and dropped off by the restaurants ‘security taxis’

We had had to pay to moor for a compulsory three nights and not being able to explore felt very unfair. But I also felt quite excited.

I fantasised I was an undercover pap for OK! Magazine. Or a celeb and Paul was my personal body guard/fitness trainer. He looked and played the role brilliantly without even realising it 🤣

A five bedroom villa will cost you over €52,000 for one week over Christmas!

And then we noticed a security man had been posted on a bench on the beach directly opposite where we were moored. And a red footed tortoise … which would always be there when he wasn’t. I swear it was rigged with a listening device.

To dodge security (and the tortoise) we’d get up early to go running – split up – and set off looking purposeful, celebrity-like and important.

Paul ran in-land past the entrances to all the big houses. I hid my phone in my shorts and found a way to run along a private stretch of beach and lagoon. 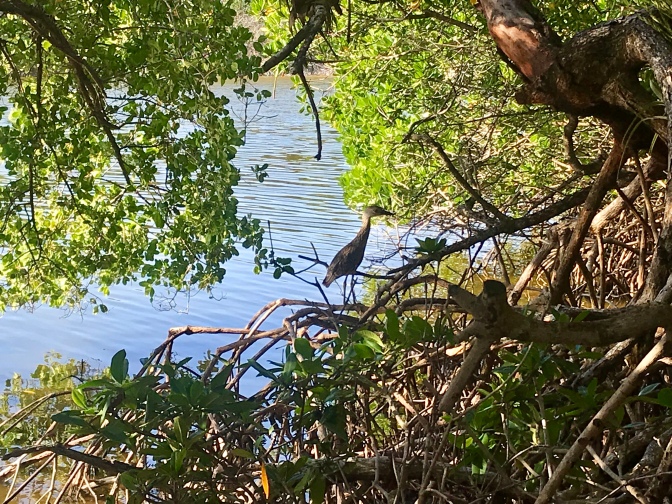 2 Two ‘supermodels’ in a blinged up golf buggy driving into Lovell Village to shop at The Pink House, run by fashion designer Lotty B (sarongs £350)

3 A fancy 4×4 with blacked out windows parked next to a security van. It was outside a ‘closed’ hill top view restaurant. Private booking!

4 We went to the legendary Basil’s Bar and I saw someone that looked just like Moby.

5 An unidentified lady wearing a gorgeous long white dress made a flouncy entrance into Basil’s Bar (with lover/husband in tow). She was swiftly directed to a prime dining seat, with sea view but hidden from other people.

6 We spotted people being served by waiters with bow ties in one of the private villas on the hill.

All else I have to offer is a photo of the tiles in Basil Bar’s ladies and a very sneaky photo of the stage and my cocktail when the staff weren’t looking!!! 🤣 Cameras are STRICTLY banned.

Mustique IS a beautiful place … but it is clearly a refuge for chic, beautiful people. It’s not the place for scruffy yachty travellers like us.

And on the basis of this blog I wont be applying to work for OK! Magazine either! 🤣

One thought on “Celebrity Island Lock Down”